The Rupee 1 King George VI Portrait note was first issued in 1944 and was in circulation till it was withdrawn on 27th October 1957.

It was for the first time that an inset and in this case “A” was used in an Indian Bank Note.  The series commenced with Prefix ‘A 0’ and the ended with ‘Z 99’ with the exclusion of Prefix ‘I’ & ‘O’.  The notes issued in this series had serial numbers in black. 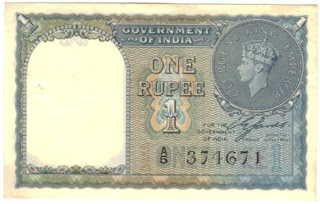 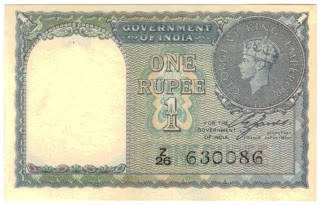 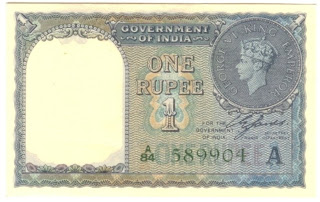 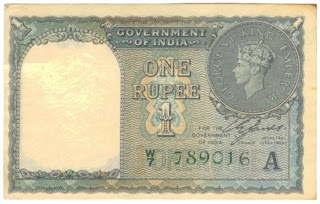 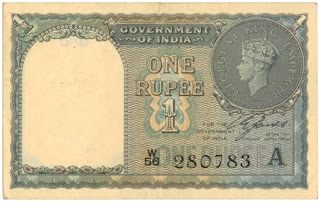 However, there is also King George VI Portrait Note of Rupee 1 that has serial numbers in Red.  The reason for the serial number in Red was because it was issued after 15th August 1947.   The note with Serial Number in Red had a single Prefix ‘D’ only. 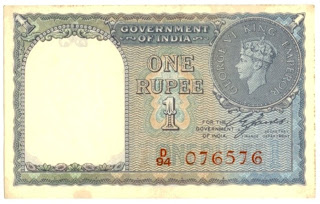 All notes issued by Govt. of India and the Reserve Bank upto 1947 were tenable currency till they were demonetized or withdrawn from circulation on 27th October 1957.

Posted by Rezwan Razack at 1:34 PM

Any idea why the inset "A" was used on the later seies of this one rupee note?
And what exactly this inset stands for(for that time period)?

I have several of these notes that are in different colors. I could send you photo scans of them, front and back on request through my email address: indostocks'at'gmail.com